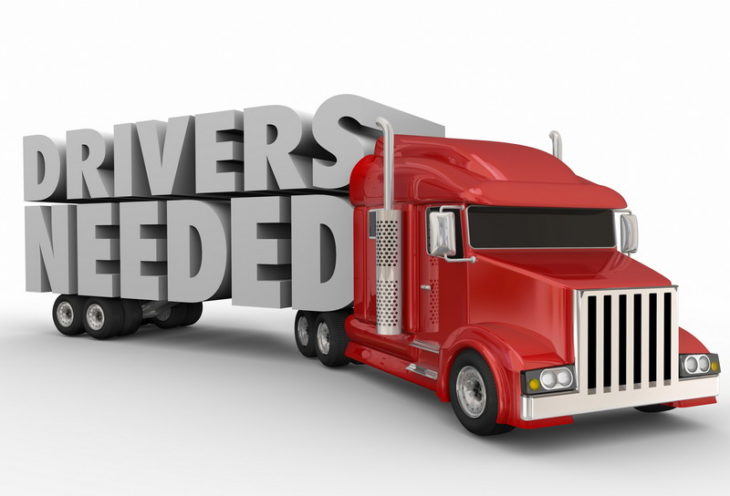 Top-tier athletes who take to the field or court with a championship drive on their minds are easy to spot. You can see it in the way they play; you can tell by the way they carry themselves; you can almost feel the competitive spirit that drives them to be the very best. In fact, most of the nation’s top athletes would not be where they are if it were not for the competitive nature of what they do.

You could make the case that truck driving jobs are similar. Because over-the-road truckers and their regional counterparts are almost always paid by the mile, there are no guarantees any single trucker will make a decent amount of money in a given year. Only truckers willing to work hard and haul as many loans as possible will maximize their earnings. That makes truckers highly competitive.

It turns out the best truckers are the competitive ones. They are the ones willing to go the extra mile to make sure they get the job done, knowing that having a good reputation will get them better paying loads and more miles. Truckers content with only getting by will do just that.

There used to be a belief among our grandparents that making yourself irreplaceable was a virtual guarantee of job security and ever-increasing pay. It was true a few decades ago and it is still true today, even in trucking. The trucking industry’s ongoing driver shortage means carriers highly value those drivers they deem irreplaceable.

Do you want to be the number one truck driver in your company? Then do such a good job that your employer cannot replace you with someone else and still expect the same quality. Make yourself that person the company cannot do without. Your reward will be a steady stream of good paying loads and much-deserved favor with your dispatcher and manager.

Another way truck drivers compete is by impressing their shippers. Before you dismiss the value of this concept as a competitive edge, understand that it is not uncommon for shippers to tell dispatchers they do not want certain drivers running loads for them. If a shipper has had a bad experience with a driver in the past, you can bet that shipper will be reluctant to use the same driver in the future.

Highly competitive drivers understand that their relationships with shippers influence the loads they get. If you want to increase your access to the kinds of loads you love to haul, go out of your way to impress your shippers. Always be on time, be polite and courteous, make sure freight arrives undamaged, and so forth.

We cannot talk about competition among truck drivers without talking about the law. It’s one thing to be highly competitive; it is another thing entirely to break the law while doing so. There is never an excuse for violating state laws or federal regulations no matter how competitive the environment is.

At C.R. England in Salt Lake City, Utah, management takes laws and regulations seriously. They know that drivers consistently breaking the law can endanger their very existence as a motor carrier. What is true for C.R. England is true for every other company in the trucking business.

From major motor carriers to independent operators, it is easy to ruin everything by not obeying the law. Being a lawbreaker just isn’t worth the risk. Go ahead and be competitive but do what you do within the framework of the law. You and your employer will be much better off for it.