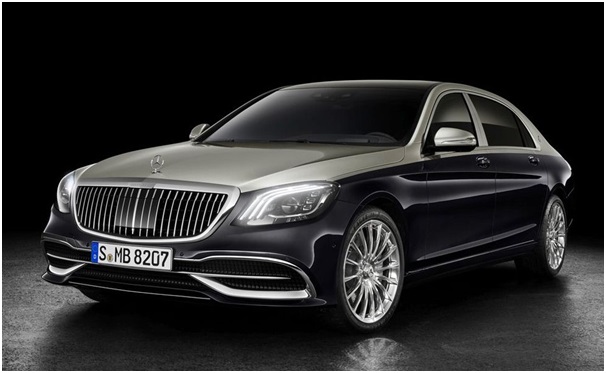 The Mercedes-Benz S-Class has been the pioneer luxury sedan for the longest time now. Up until the very recent past – in fact, only till 2019 – the S-Class was the Mercedes-Benz model that introduced the world to the new technology that was developed in the four walls of the Stuttgart factory. As a testimony to that, the S-Class brought ABS in 1978 and was also the first production car to get an electronic four-wheel multi-channel anti-lock braking system from Bosch, and independent suspension to turbocharged diesel engines.

So, as it seems, the S-Class is a very important model for the Stuttgart-based carmaker. However, this was the case up until last year, as the newly unveiled A-Class debuted the company’s new MBUX infotainment system and disrupted the established order, in terms of infotainment anyway.

But wait, there’s more. Since the S-Class is set to get a major makeover early next year, the company has held some of the few attractive gizmos for the luxury sedan. After all, it’s the majesty of the S-Class that allows the other models from Mercedes-Benz to feature revolutionary features.

Only this time around, the interiors of the S-Class are supposed to get an all-screen layout. The S-class truly shines on the inside, which is fitted with the latest in tech that Mercedes-Benz has to offer; and it seems to be the case with the new-gen model as well. The interior of the new S-class is a complete departure from that of the outgoing car – or any current Mercedes model, for that matter.

Here’s more to the upcoming S-Class, and how it compares to the ongoing model.

The Mercedes-Benz  S-Class will certainly change a lot in terms of design. It’ll borrow elements from the sportier and sexier CLS, especially the so-called ‘predator’ face, with sleek headlights and a prominent grille. At the back, the new S-Class will follow a similar design of distinctly horizontal taillights.

The overall dimensions of the new S-Class, however, are likely to remain the same. For reference, the ongoing model measures in at 5,246mm of length, 1,899mm of width, and 1,494mm of height. The standard 18-inch wheels are separated by a massive wheelbase of 3,165mm. Apart from that, it has a boot space capacity of 530-litres and a fuel tank capacity of 70-litres. The base-spec S 350Dvariant tips the scale at 2,113kg.

Under the hood, the current-spec S-Class comes powered with four engine options, one in each variant. The range starts with a 3.0-litre in-line six diesel engine, which is good for 282bhp and 600Nm of torque. It comes mated to a 7-speed automatic gearbox as standard.

In the case of fuel efficiency, do not expect the Merc to deliver any mind-numbing numbers. Of course, the diesel engine here is rated to deliver better fuel efficiency around 13km/l. As for the petrol engines, expect somewhere around 5-7km/l.

All the details regarding the Mercedes-Benz S-Class, namely, the engine, specifications, variant wise equipment, colours, dimensions, interiors, and exterior details are extensively covered in the brochure.

As of mid-2020, the Mercedes-Benz S-Class is available in four variants, either in the diesel-automatic or the petrol-automatic configuration. The prices start at Rs. 1.36 crores for the S 350D variant going all the way to Rs. 2.79 crores for the Maybach S 650 variant (all prices ex-showroom, Delhi). For the variant-wise on-road prices, visit us at autoX. Also, grab the latest info on the new cars, only at autoX.