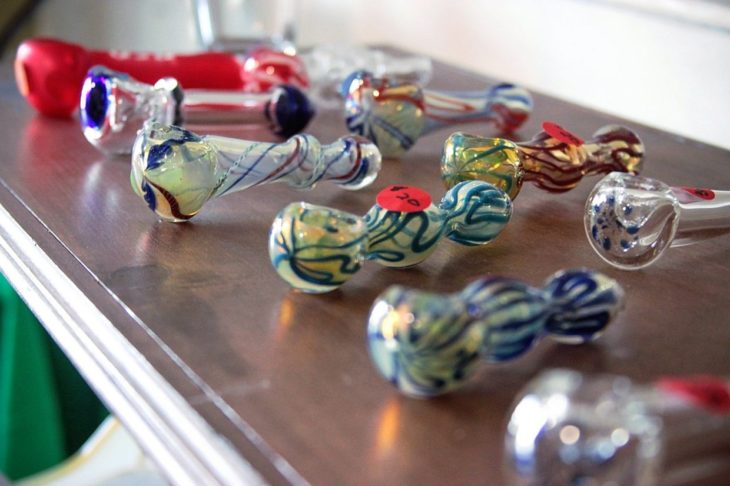 It’s not uncommon to see someone break their piece of hash into a few little chunks, then sprinkle it onto a small bowl of herb in a glass weed pipe. This method does hold some weight, especially because there’s a phenomenal taste that comes with it, but it’s definitely not the best way to get the most mileage out of your sweet chunk of compressed kief. The one technique for smoking hash that I’ve grown up with here in Montreal, Quebec, is known as “sticking B.T.’s”, or bottle tokes. Because of the way hash burns and kind of steams upwards, it’s inevitable you’re going to lose some of the hash smoke to the wind, or it at least becomes quite the chore to make sure you don’t. For people who are grossed out completely by cigarettes, you may just want to stop reading and stick to your glass weed pipes instead, because cigarettes are essential to bottle tokes.

The first thing you need is a plastic bottle, a regular sized one like for water or soda. You’ll also want to rinse it out with hot water to get rid of anything in it, then stick some toilet paper or kleenex it and shake vigorously to absorb all the moisture on the sides of the bottle. Make sure you twist up whatever you put in there to dry so you can take it out easily without tearing it and leaving behind a bunch of fluff. Now you need to take the cap off and with your lighter you want to make a small hole near the bottom of the bottle, big enough to fit a cigarette through it, but not too big so that smoke doesn’t escape. The last thing you need to do to prepare is break your hash into small ‘beads’ or ‘beats’. Basically bigger than a pinhead, but considerably smaller than a Tic-tac. Usually one cigarette can be used for about 8 of these but it varies on many factors of course.

Now you’re all ready to actually smoke. It might take a bit of practice for some, but if it’s nice gummy bubble hash it should be remarkably easy to do this next step. You need to start the cigarette (if you don’t smoke these just don’t inhale the smoke when you start it, just puff with your mouth), and get the cherry burning. Next you bring that burning cherry of the cigarette down to one of your small pieces of hash and come in sideways above it, and gently touch the burning cherry onto the hash as you sort of scoop it up, and the hash will stick due to its melting. You just have to hold that bottle upside down so that the hole you burned into it is on top. Carefully slide the cigarette inside, and watch as that little dot of hash expels a stream of thick smoke. You’ll see that if you hold the cigarette carefully right at the edge of the hole in the bottle, the cigarette smoke will drift away upwards while the hash smoke pools itself down at the top of the bottle. When you see the hash on the cigarette burn bright red or stop smoking, you want to bring the bottle cap to your lips and take it off, then quickly inhale all that milky hash smoke. You’d be surprised how fantastic this tastes when you master the art of letting the cigarette smoke escape.